Thai culture plays a crucial role in shaping the Thai language. Some of the culture has created various Thai words that do not exist in English. To translate these words, a linguist needs to be more elaborate, using more adjectives and if necessary give examples so the target language can be understandable. In this article, we will share some of those words and what their meanings are.

It has been taught from one generation to another that to be a good person, one of the qualities that you need to have is to be ‘kreng-Jai’ (เกรงใจ). ‘Kreng’ means to have fear of something while ‘jai’ means heart. A two-word in Thai that means to have a thoughtful consideration for other people’s needs, feeling or action that they need to take in response to your action. That’s what I mean with elaboration!

Thai people tend to have this value where you want to do things by yourself and not interrupt nor bother others. For example, if you visit a friend in another country and they offer to pick you up at the airport, you might be ‘kreng-Jai’ your friend and just tell him that you can go to the accommodation by yourself. This word can be used in a circumstance where you don’t want to make others ‘lose face’. To give an instance, your neighbor bake a cake and give it to you, you have to accept it because you feel obliged to. In short, you ‘kreng-jai’ them and don’t want them to waste their efforts.

You may also like:  The connection between languages and memory

Other words that relate pretty much to ‘kreng-jai’ are ‘noi-jai’ (น้อยใจ). ‘Noi’ means few or little. Using the previous example of the neighbor’s cake, if you reject the cake, then the neighbor will probably feel ‘noi-jai’. In English, the nearest word to explain this feeling would be to be offended or to feel slighted. 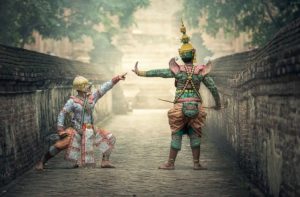 Last but not least, there is another word I’d like to bring up. This word is commonly used among relationships. It is called “ngon” which means to be mad in silent and require that the other person comfort you first. For example, when you ‘ngon’ your boyfriend, you are not strongly mad at him but you just want to show him that you are slightly mad and you want him to be the one coming after you/ or you want him to start the reconciliation by comforting you first. In English, ‘ngon’ is the closest to ‘sulk’ (to be mad or having a bad-tempered because of a disappointment). However, sulking doesn’t have a subcontext like ‘ngon’ as it lacks the ‘comfort-me-first’ part.

These are only some of the most common words that you cannot find an exact match for them in English. There are so many more slang that we can talk about next time. As you can see, Thai culture is quite complex. That’s why linguists need to be thorough, aware of all the context available and careful in their choices of words in the target language. If you have a project in Thai language and are not sure how to approach with the translation, do reach out to our experts who will always be there to help you 24/7 and you don’t need to ‘kreng-jai’ them! 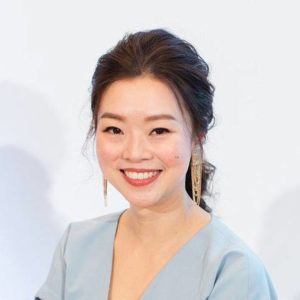